Seattle has been selected as a host city for the FIFA World Cup 2026!

we were built for this

From the time Washington state voters first approved the referendum to build Lumen Field in 1997, hosting world-class events like this was the goal. The legislation authorizing public funds and governing the public ownership of Lumen Field specifically called out the ability to host the FIFA World Cup. So to say the stadium was truly built for this is absolutely the case.

Sustainability is at the core of how we host and manage events at Lumen Field and in Seattle. We will endeavor to operate a zero waste and carbon neutral event for the FIFA World Cup 2026. Over the course of the past 20 years, the stadium has been internationally recognized for its various community and sustainability programs, including winning a 2018 Sustainability & Community Impact Award at the International Stadium Business Summit in London.

Lumen Field is electric and well-known as one of the loudest stadiums in the world – in fact, according to the Pacific Northwest Seismic Network (PNSN), which monitors earthquakes and volcanoes in Washington state, the noise from fans cheering at Lumen Field has registered seismic activity numerous times over the years, including most recently at the Sounders’ Concacaf Champions League Final win. The infamous touchdown run by Seahawks running back Marshawn Lynch in the 2011 NFC Wild Card playoff game was coined the “Beast Quake” after the fan reaction also registered on a seismograph. During a typical year, Lumen Field hosts more than 300+ event days, with more than 2.4 million people coming through its doors.

A number of exciting projects are underway at Lumen Field to modernize and upgrade the fan experience and our 20th anniversary is just around the corner. We are looking forward to all the exciting times ahead under these arches. 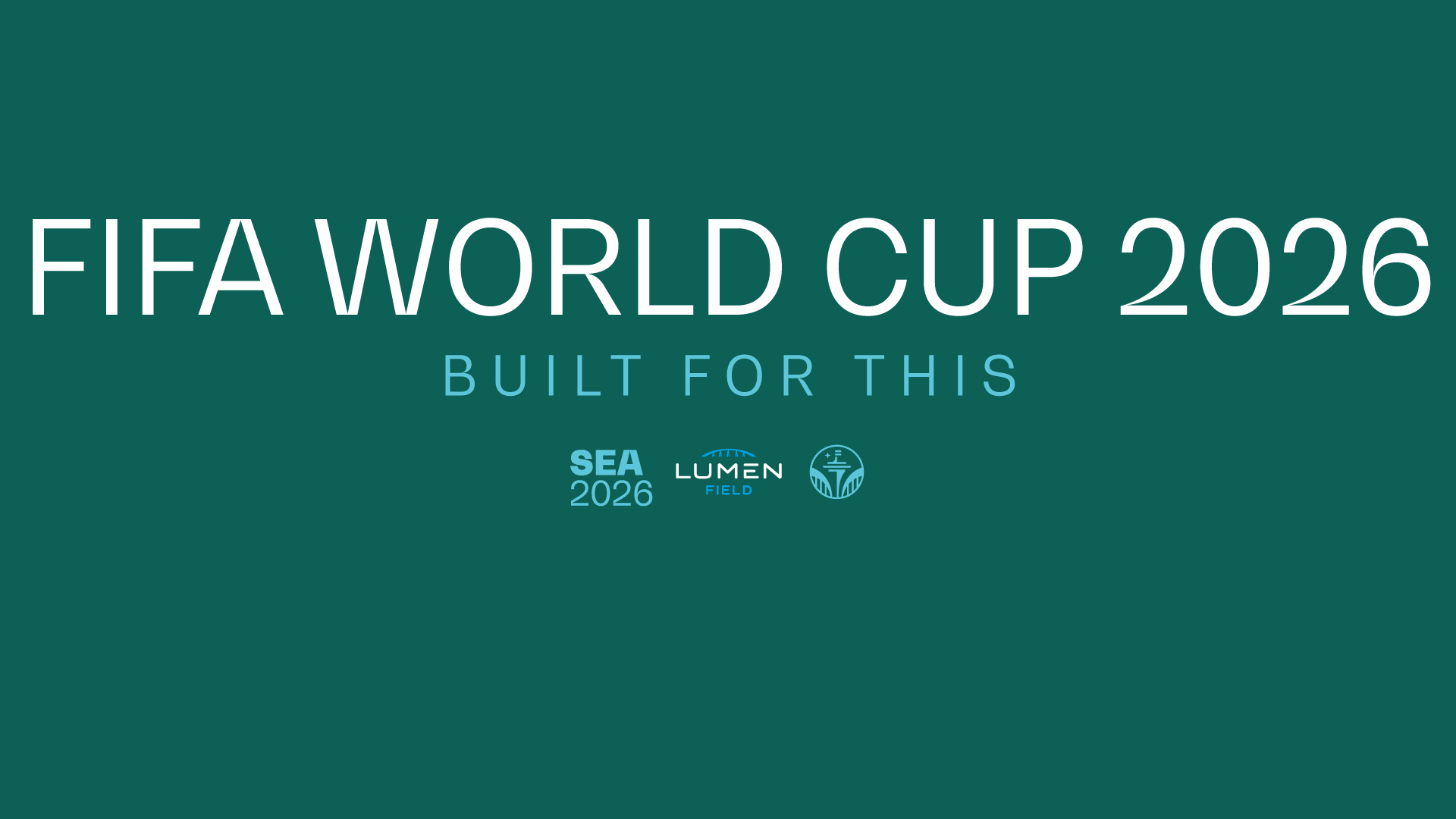 Seattle Has Been Chosen as a FIFA Host City

Seattle has been named a host city for the FIFA World Cup! It's all going down in 2026 under these arches. Stay up to date on local events and activations in preparation for the main event.

stay up to date on world cup news