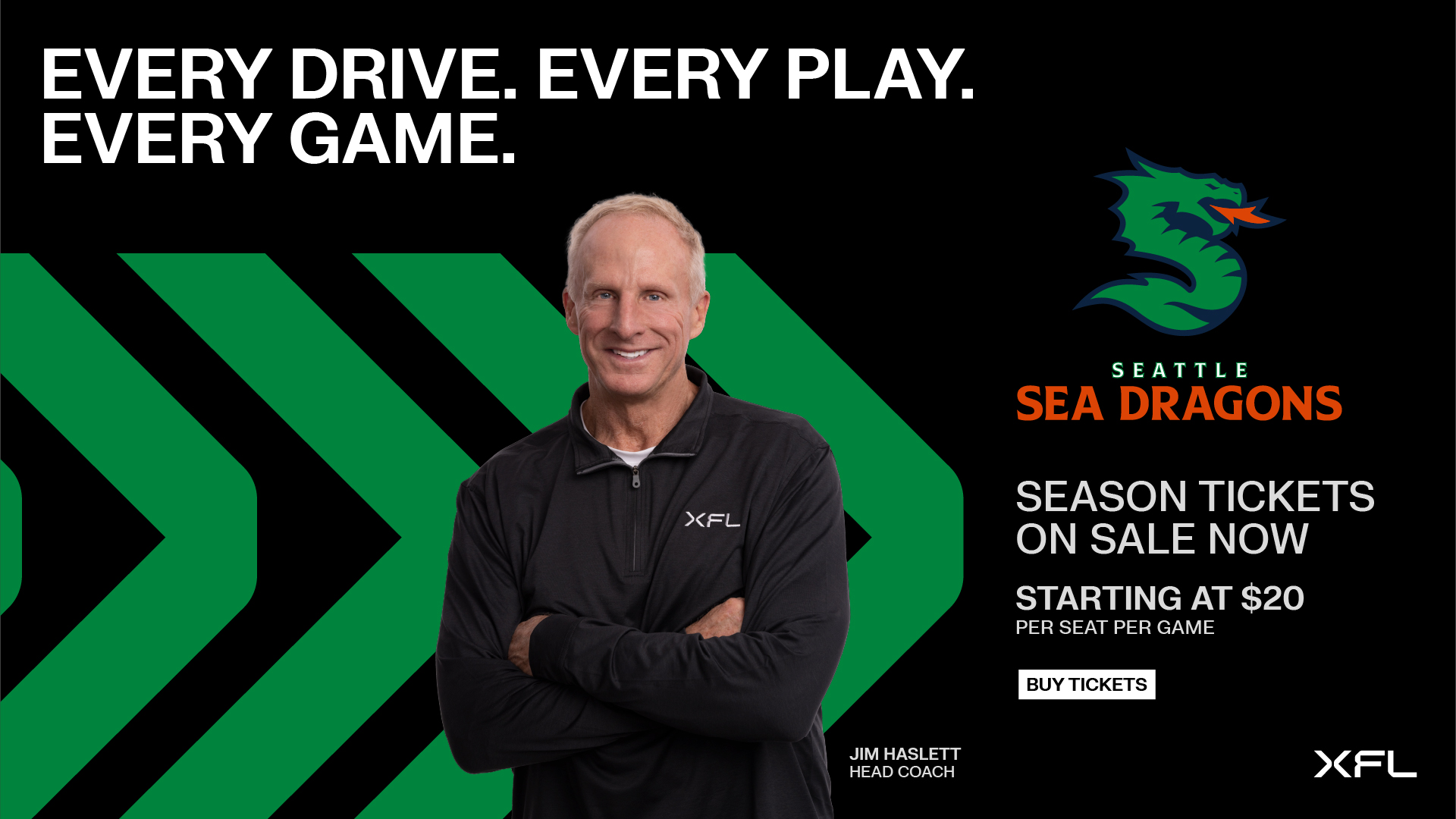 The XFL announced that 2023 season tickets are available to purchase today starting at 10:00 AM local market time.

Each team will play five home games, with regular season ticket packages available starting at $100 in all cities except for St. Louis, which will start at $125.

Fans will be able to preview their seats using Ticketmaster’s 'Virtual Venue' feature, which allows fans to see 3D stadium views before making seat selections. The feature is currently available for six XFL stadiums, with the Alamodome site currently under construction.

“The excitement for the 2023 season has been building amongst XFL fans, which has been reflected in the number of deposits we’ve already received, and we’re thrilled to officially go on sale with season ticket packages for all eight markets today,” said Janet Duch, Chief Marketing and Content Officer. “After an exciting Draft Week in Vegas, with QB selections and rosters being built out, fans can now secure their season tickets and get priority access to the best seats to watch the action this season. As we approach kickoff, we will roll out more ticket offerings and pricing options, all with the hope of getting our fans closer to the game.”

Over 60% of individual XFL tickets are priced at $40 or less and pricing for season tickets range between $20-$95 per game.

XFL season tickets will have two membership levels, gold and silver, which will include exclusive benefits such as:

• 20% discount on merchandise at XFLshop.com

XFL teams will play the 2023 season in the following venues:

Ticket deposits for the Vegas Vipers will continue to be accepted.

The XFL season kicks off on February 18, 2023. Fans can visit XFL.com/tickets to learn more about season tickets, see all prices and benefits, and sign up for special information and content.

Ticketmaster serves as the Official Ticketing Partner of the XFL. All 43 games of the XFL season (40 regular season games, two playoffs, one championship) across the League’s eight team markets will be ticketed by Ticketmaster.