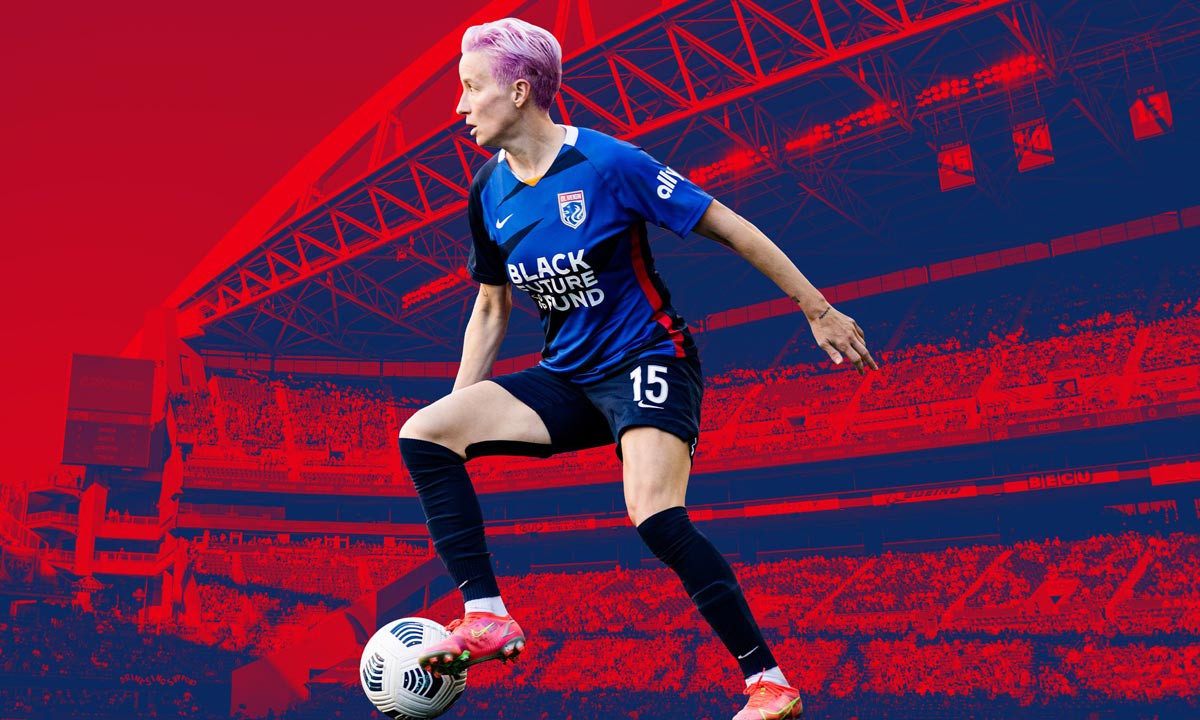 December 15, 2021 (Tacoma, Wash.)—OL Reign today announced that Seattle’s Lumen Field will be the new home of the club beginning with the 2022 NWSL season. Lumen Field, which opened in 2002, also serves as the home of the Seattle Seahawks and Seattle Sounders.

“OL Reign are returning to Martin Luther King Jr. County, and bringing one of the best women’s professional soccer franchises in the nation - further bolstering the future of our soccer community here in Puget Sound,” said King County Executive Dow Constantine.“ Having them back will help inspire current and future generations of soccer stars right here in Seattle, and I’m looking forward to being in the stands with my family to cheer them on as they fight to bring home the NWSL Championship next year.”

“This has been the goal since my first day in Seattle,” said OL Reign head coach Laura Harvey. “To see how far this team and the league have come in nine years is incredible. We may not have always had the resources, but we always had the vision, the ambition, and the drive to be something special. Coupling the club’s historic DNA with the support that OL provides has resulted in something magical. I am so happy for the players that they’ll finally have the chance to show the city what they can do in a stadium worthy of their talents.”

“We are very pleased that OL Reign will have the chance to return to its original home in Seattle,” said OL Groupe Chairman Jean-Michel Aulas. “The attractiveness of our project in the U.S. comes in large part from our strong belief in the region. It gives us confidence to make substantial investments to grow the club, which we hope will lead to even greater support from fans and from the community.”

“OL Reign’s home will always be Seattle, and the fans – myself especially – are excited to see the OL Reign next season back in Seattle at Lumen Field. We have seen the enthusiasm behind our team as OL Reign set a NWSL match attendance record at Lumen Field. Now more than ever, OL Reign and its players are paving the way for women, equity and inclusion – here at home and nationwide. Let’s bring a Championship and another Shield home to Seattle,” said Mayor Jenny A. Durkan.

OL Reign will make the move to Lumen Field from its current home at Cheney Stadium in Tacoma.

“We are grateful for the support of the community in Tacoma, and especially for the efforts of all the individuals and organizations who worked so hard on the new stadium project,” said OL Reign CEO Bill Predmore. “In particular, the support of Mayor Woodards—who from the start was our biggest fan in Tacoma—will always be appreciated by our organization.”

In January 2019 the club announced that the team would relocate to Tacoma. The decision was made with the expectation that Cheney Stadium would serve as an interim solution while a soccer-specific stadium was designed and constructed in Tacoma through a public/private partnership between the Seattle Sounders, Tacoma Rainiers, City of Tacoma, and Metro Parks Tacoma. The new soccer-specific stadium was envisioned to be ready for the start of the 2022 NWSL season. Work on the stadium project was suspended in early 2020 as a result of the COVID-19 pandemic. In2021, in an effort to revitalize the project, OL Reign took the lead on revising the feasibility study to assess the viability of a larger, 10,000 seat stadium that could accommodate the anticipated future growth of the club. Given the results of the revised feasibility study from both a cost and timing perspective, it became clear that developing a 10,000 seat stadium in Tacoma was not a viable option at this time.

As such, OL Reign concluded that investing in an immediate move to Lumen Field in Seattle was the best solution, as it would give players and fans access to the best possible experience as soon as possible.

“The growth of the NWSL over the past two years has understandably increased expectations of the matchday experience for our players and fans,” said Predmore. “We recognize that we are fortunate to have world-class players on our roster and have always wanted to provide them a world-class stadium in which to play. Our move from Starfire to Memorial, from Memorial to Cheney, our efforts to develop a new stadium in Tacoma, and now our move to Lumen Field are all indicative of a relentless and continuous approach to improving the experience for players and fans.”

In August 2021, OL Reign played its first match in Lumen Field—a doubleheader with the Seattle Sounders against the clubs’ shared rivals in Portland. A NWSL-record 27,278 fans attended OL Reign’s2-1 victory over the Thorns.

“The doubleheader was an incredibly emotional day for the entire team, but especially for those of us that have been with the club since the beginning. We imagined the day for a long time, so it was amazing to finally see it happen,” said OL Reign captain Lu Barnes. “The match gave us a glimpse of what our future could be if the team returned to Seattle. We are so happy that we’ll be back in Seattle and playing at Lumen Field. We can’t wait for the 2022 season to begin!”

“We are thrilled to develop a new chapter of our project at Lumen Field,” said OL Reign COO Vincent Berthillot. “The record attendance at our match at Lumen Field this season showed us that there is deep support for the club in Seattle, giving us confidence that a return to Seattle is the right long-term decision for the club.”

Lumen Field sits in the heart of downtown Seattle. The facility accommodates many levels of soccer competition, including Major League Soccer, international, and collegiate soccer. Lumen Field is also under consideration by FIFA and U.S. Soccer as a host venue for the 2026 FIFA World Cup.

“We are thrilled to welcome the OL Reign, a premier women’s sports organization, to the Lumen Field family and provide a united home for Seattle’s professional soccer clubs,” said Zach Hensley, General Manager, Lumen Field. “The NWSL and OL Reign have a bright future, and we are excited to have our world-class venue support their successes.”

Lumen Field has a maximum capacity of 68,740 seats. Lumen Field and OL Reign has agreed to open the stadium gradually in conjunction with the attendance starting with seating on the lower east stadium bowl. Club seating, suites, and other premium seating options will also be available.

Season Tickets to OL Reign’s upcoming2022 season will be available for purchase beginning Wednesday, December 15 at10:00 A.M. PT by visiting olreign.com/tickets or by calling (866)-997-3446.Ticket prices start at just $15 per match.

OL Reign (formerly Seattle Reign FC) was established in 2012 as a founding member of the National Women’s Soccer League. The twelve-team NWSL is widely considered to be the most competitive women’s professional soccer league on the planet. Over its first nine seasons, the club twice captured the NWSL Shield while making five appearances in the NWSL postseason. In 2019, the club was acquired by Olympique Lyonnais, one of Europe’s most iconic football clubs. OL Reign plays its home matches at Lumen Field in Seattle, Washington and can be found on the web at olreign.com and on social platforms @olreign.