Kenny Chesney Gears up for Here and Now 2022 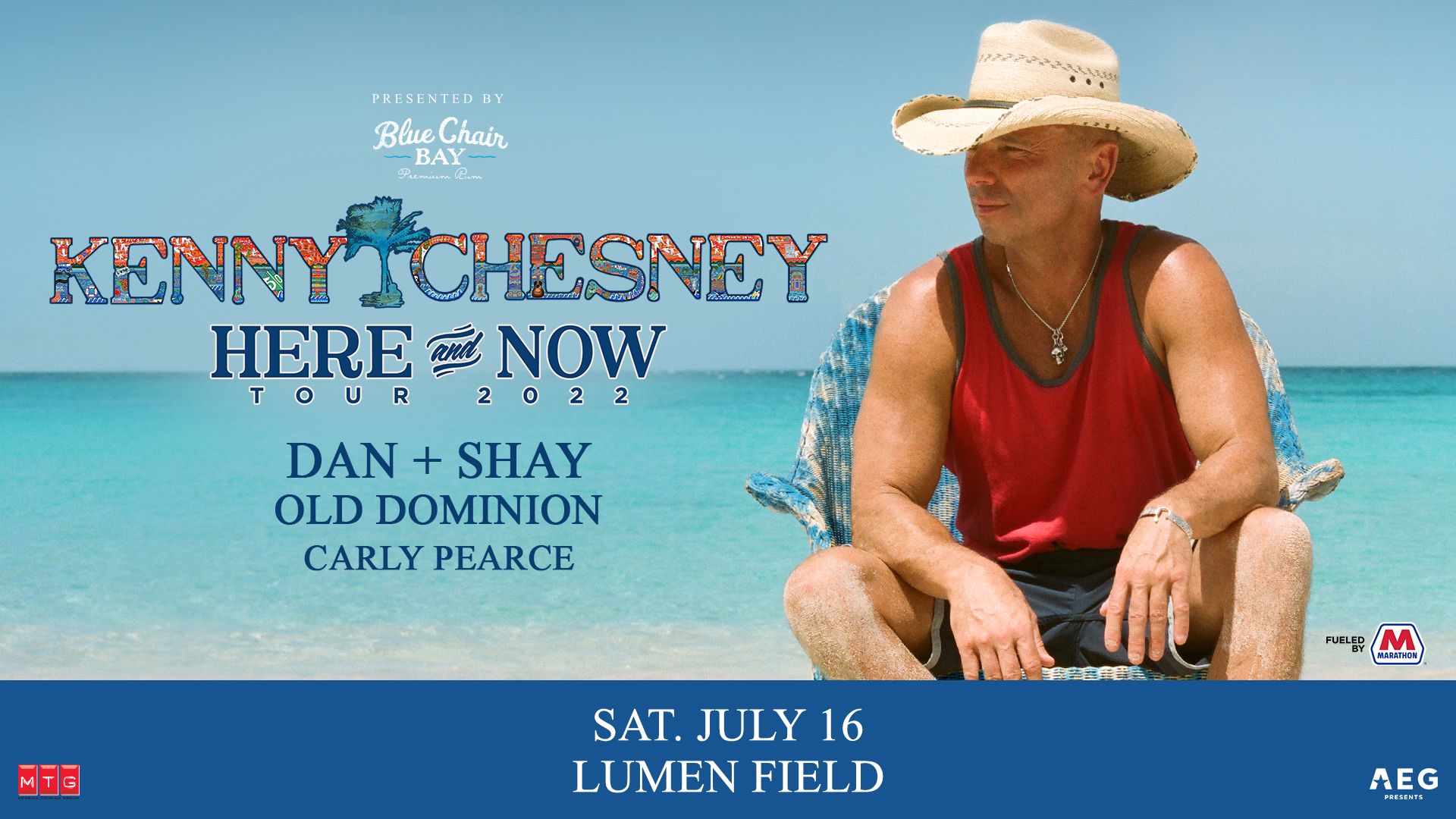 “When we realized we weren’t getting to spend 2020 with No Shoes Nation, I never thought it would be three years until I would see my most favorite people in the world,” says eight-time Entertainer of the Year Kenny Chesney ahead of his Here And Now 2022 stadium tour presented by Blue Chair Bay Rum and fueled by MARATHON, set to launch April 23 at Tampa’s Raymond James Stadium. “My favorite place in the world is anywhere we all come together. They come strong. They get loud. They love the music. But most importantly, they live life – every second – for all its worth! They inspire me, and I want to get out there and get going, creating the greatest night of the summer every time we hit the stage.

“Putting this line-up together has been awesome,” Chesney continues. “We’ve got Dan +Shay, who continue to set records with their music and have been burning it up on their own headlining tour this year. We have an old favorite, who just keep getting better, Old Dominion – it’s almost like it wouldn’t be a stadium show without them! – and one of my newest friends in Carly Pearce, whose songwriting is so personal to her own life, yet so many people find themselves in her songs.”

Chesney, the only Country artist on Pollstar’s Top Touring Artists of the Decade, wanted to bring the people who come out every summer the very best show possible. It meant a lot of mixing, matching and sorting potential line-ups to arrive at this group that will keep people feeling good and give them several different performances throughout the evening.

Starting with Pearce, a current CMA Female Vocalist and Album of the Year nominee, the show kicks off with a woman who honed her skills as a teen doing five shows a day at Dollywood and has since topped the charts at Country radio. Following Pearce is No Shoes Nation favorites Old Dominion, the reigning four-time ACM and three-time CMA Vocal Group of the Year, as the momentum just keeps building. Rounding out the opening sets are Dan + Shay, the duo who have shattered streaming records and created their own lane of soul meets smooth Country with hits such as “10,000 Hours,” “Speechless” and “Tequila,” as they take their power of positive energy to new levels.

“No matter who you are,” Chesney says, “someone who’s been coming since the very beginning or is curious what the fuss is all about, I wanted to give No Shoes Nation the best lineup of music that’s gonna give them the kind of celebratory night we all deserve after waiting so long.”

Kicking off April 23 in Tampa, Fla. at Raymond James Stadium, Chesney will play 21stadium concerts, finishing Here And Now 2022 with what has almost become a No Shoes Nation tradition: a double-play at New England’s Gillette Stadium in Foxborough, Mass. on August 26 and 27. All current ticketholders remain in their original seats at each stadium.

To celebrate the news of the Here And Now 2022 lineup, the 19 stadium shows already announced are getting “Five Day Party Pricing,” to honor those fans who normally attend multiple shows each summer with limited discounted tickets at multiple price points igniting the Here And Now 2022 summer. To make it super-easy, no codes, no clubs, no special sign-ups and prices will already reflect any discounts. Just look for the price that fits your party now through Nov. 5.

“Let’s make this simple!” Chesney says. “It’s been a long time. No Shoes Nation moves around, shows up in lots of cities. So, to say thank you for being the most awesome people in the world, I thought this was a way to recognize the people who do more than one or two stadiums each summer!”

Here And Now 2022 presented by Blue Chair Bay Rum and fueled by MARATHON picks up where one of contemporary music’s greatest love affairs left off. Having sold over a million tickets every year since2002, Chesney is ready to get back out there – and he’s bringing a few of his very best musical friends with him.

For more information and to purchase tickets to all dates, visit www.KennyChesney.com.