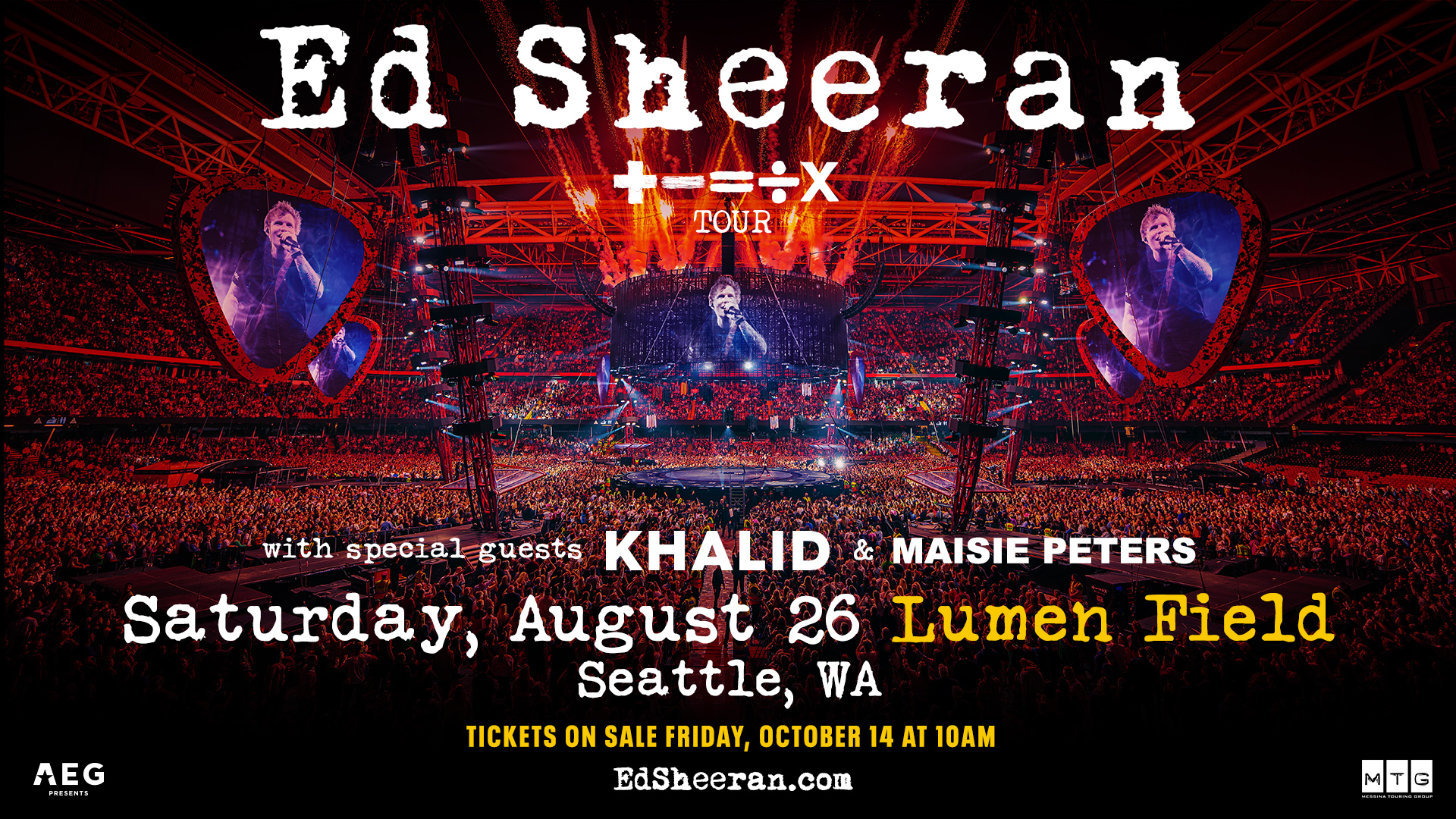 Multiple GRAMMY® Award-winning, global superstar Ed Sheeran has announced details for the North American leg of his “+ - = ÷ x Tour” (pronounced “The Mathematics Tour”), hitting stadiums across the continent for the first time since his history-making “Divide Tour” in 2018, which officially became the most-attended and highest-grossing tour of all time by its completion.  Dates begin on May  at AT&T Stadium in Arlington, TX, before wrapping up on September at SoFi Stadium in Inglewood, CA(see attached itinerary).

To ensure that his fans have the best chance at getting tickets, Ed Sheeran is partnering with Ticketmaster to use the #VerifiedFan system. Registration opened Monday, October 3at 10:00 AM ET and closes on Sunday, October 9 at 10:00 PM ET. Fans can register HERE. The Verified Fan Presale is set to begin on Wednesday, October 12 at 10:00 AM and run through Thursday, October 13th 10:00 PM (all times local). The general public on-sales are Friday, October 14th at 10:00 AM (local).

Additionally, as part of America Express’ Member Week,  American Express® Card Members can access tickets beginning Wednesday, October 12at 12:00 PM through Thursday, October 13at 10:00 PM (all times local)HERE, prior to the general on-sale. American Express’ Member Week is five days of curated experiences and offers across retail, dining, wellness, entertainment and travel launching today and running through October 14. American Express brings music fans closer to many of their favorite artists year-round with epic experiences and access to concert tickets before the general public.

To herald the news of his upcoming tour, Sheeran is set to make a pair of high profile, national television appearances. The acclaimed singer-songwriter has a very special performance planned for CBS’ “The Late Show with Stephen Colbert” on October 13th, followed by ABC’s “Good Morning America” on October 14th.

“+ - = ÷ x Tour” is the first major trek to support “=,” Sheeran’s latest full length album, which debuted at #1 on the Billboard 200 upon its2021 release, becoming his fourth consecutive album to top the chart.  The fourth installment of Sheeran’s symbol album series, “=” is highlighted by its GRAMMY®-nominated lead single “Bad Habits,” which was up for “Song of the Year” at the 64 Annual GRAMMY® Awards earlier this year, and its follow-up smash “Shivers.”