Tickets On Sale Starting Friday January 27 at 10AM PT 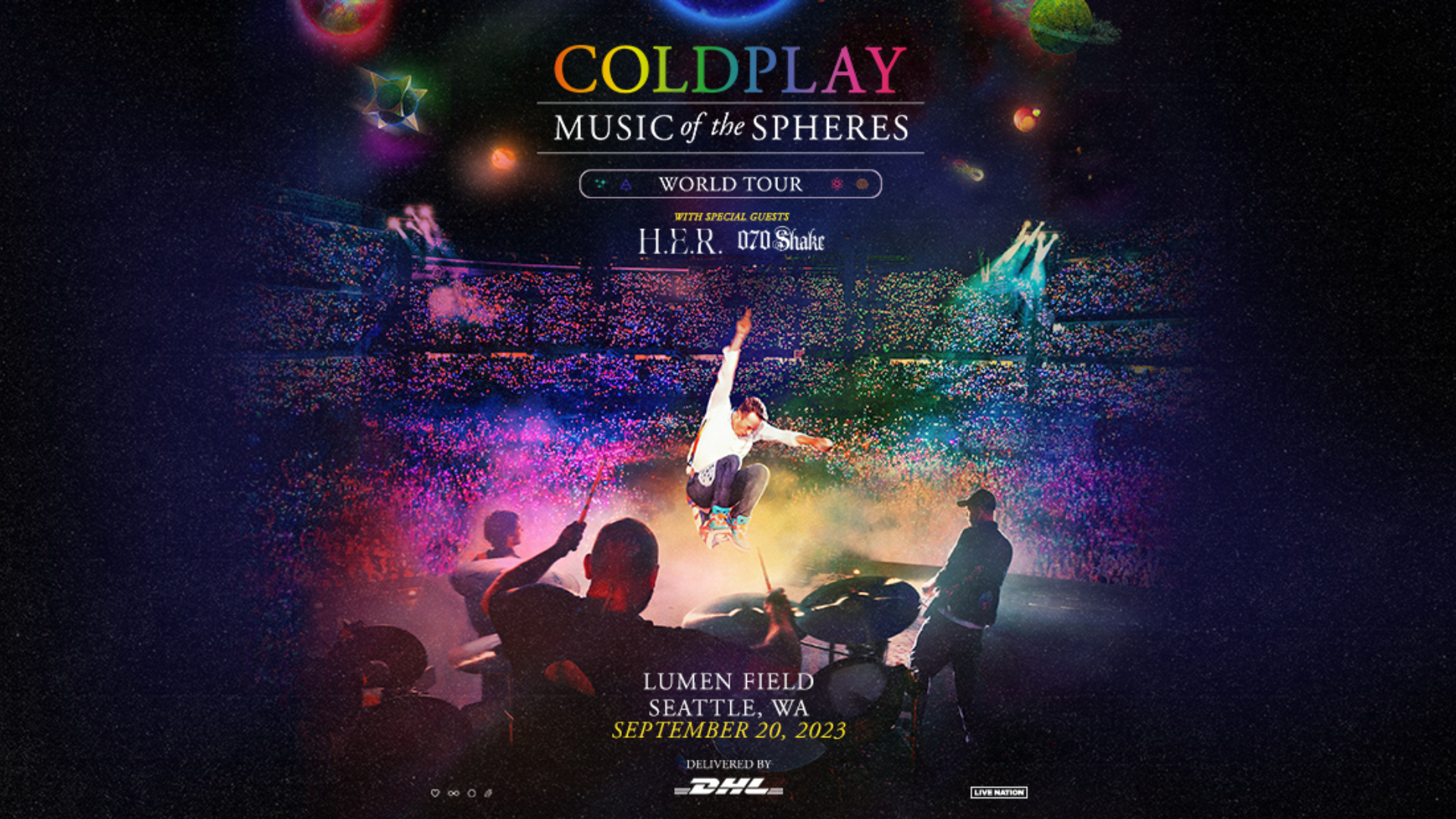 After a triumphant 2022 where Coldplay sold more concert tickets than any other artist and broke attendance records around the world, the band have announced their hugely-anticipated return to the U.S. and Canada with a special west coast run as part of their Music Of The Spheres World Tour.

The iconic band - who were crowned Favorite Touring Artist at the 2022 American Music Awards - will bring their spectacular stadium show to Seattle this September, where they will perform classic hits such as “Yellow”, “Viva La Vida”, “Clocks”, “A Sky Full Of Stars” and “My Universe” in stadiums bursting with lasers, fireworks and LED wristbands. This show marks the band’s awaited return to the world’s first net zero-certified arena since the sold-out grand opening, which took place on the Music Of The Spheres album release day in October 2021.

Support will be provided by the multi-Grammy winning H.E.R and fast-rising New Jersey artist 070 Shake.

TICKETS:  Tickets will go on sale starting Friday, January 27 at 10AM PT on Ticketmaster.com.

Since kicking off in March 2022, the Music Of The Spheres World Tour has sold over 6 million tickets across Europe, North America, and Latin America, receiving rave reviews from fans and critics alike, with the Dallas Observer calling the show “mind-blowing” and the Houston Chronicle describing the band’s performance as “pure joy”. The band rounded off an amazing 2022 with a leg of dates in Latin America, culminating with 10 incredible shows in Buenos Aires (one of which was live broadcast to cinemas in a record-breaking 81 countries around the world).

The tour has also made headlines for its groundbreaking sustainability initiatives which include the world’s first tourable battery system and the first ever stadium show powered by renewable energy.  As part of their commitment to cut tour emissions by 50%, the band have pledged to plant one tree for every ticket sold and have offered fans incentives to travel by low-emission transport. Fans can even help to power the show by using kinetic bikes and energy-generating dance floors. Full info can be found at sustainability.coldplay.com.

DHL is the Official Logistics Partner of the Music Of The Spheres World Tour, supporting the band in their mission to cut tour emissions by 50%.

Additionally, the $20 Infinity Ticket Program will be available for the west coast shows above at a later date. These tickets allow more fans access to the Music Of The Spheres World Tour. They are restricted to a maximum of two tickets per purchaser and must be bought in pairs (which will be located next to each other).

The band are also nominated for three Grammy Awards next month, including Album of the Year for Music Of The Spheres.